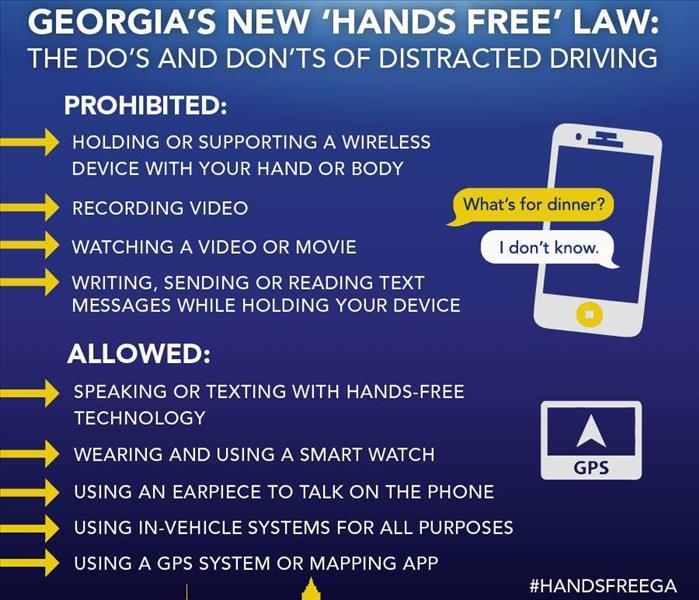 What you can and cannot do while driving

House Bill 673, or “Hands Free Law”, will take effect on July 1st, 2018. This law prohibits drivers from having their phone in their hand or lap while driving.

Here is what you can and cannot do while driving. 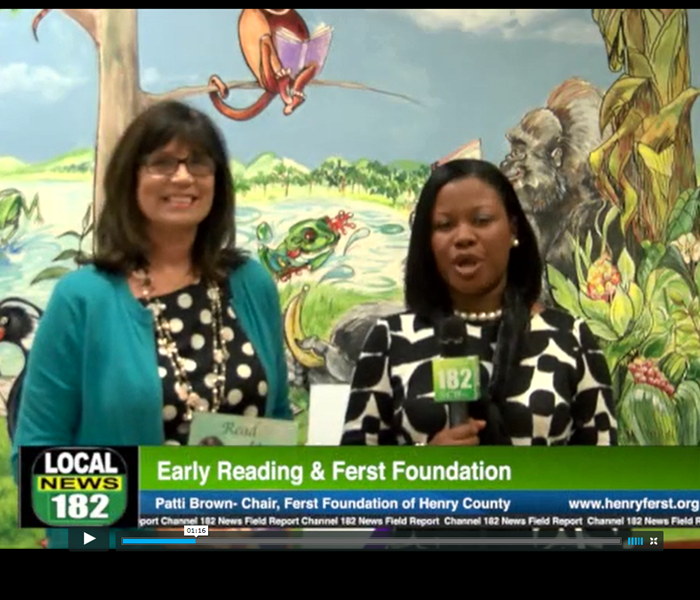 SERVPRO of Decatur owner, Patti Brown, is a strong supporter of early childhood literacy. Serving as the Chairperson of the FERST Foundation, Henry County Chapter, she and the other volunteers have put hundreds of books in the hands of low-income children.  She recently was interviewed by Shana Thornton with SCBTV. Watch the interview at https://vimeo.com/157312413. 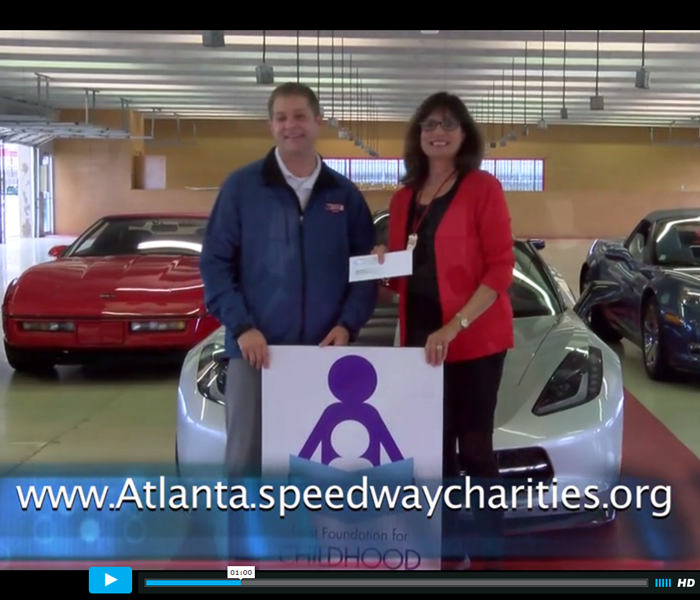 Patti Brown of SERVPRO of Decatur received a donation for the FERST Foundation of Henry County from Scott Fillmore, Executive Director of Atlanta Speedway Charities. Learn more about the gift at https://vimeo.com/149964410.

Congratulations to Danny and Patti Brown for being named in the UGA Bulldog 100 List. The University of Georgia's Bulldog 100, a program coordinated by the UGA Alumni Association, recognizes the 100 fastest-growing businesses owned or operated by UGA graduates. This is the third year the companies has earned this honor, first in 2010 and again in 2011.

A huge shout out to our employees who helped us receive the honor of being named to the University of Georgia Alumni Association’s 2015 Bulldog 100 list!  The rankings will be unveiled during the 2015 Bulldog 100 Celebration on February 7 at the Atlanta Marriott Marquis.