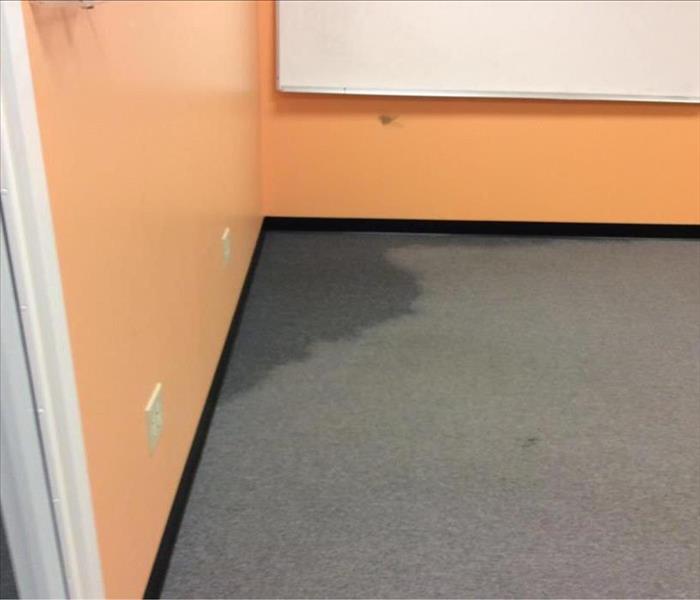 Pipes have a tendency to break from time to time, but you never think that a pipe in your home or business is going to be the one that fails you. After a pipe “cracked under the pressure” in this commercial building the owner had to deal with water affecting several areas of the ceiling and flooring. Our SERVPRO crew of Decatur was called in to extract all of the water and remove the unsalvageable ceiling tiles and cove base. As always the crew also treated all affected areas with antimicrobial treatment and placed several dehumidifiers and air movers in the rooms with water damage.